Only a couple of days after the re-map at Shark Performance it was time for our next race with the TT at Oulton Park with the CSCC, we had changed the fuel pressure regulator in a hope that it would cure our fuel delivery issue but had no idea if it had. We headed out for the Friday practice session and unfortunately not, however the huge increase in torque at the bottom end from the remap had already made the car a lot faster than before.

There wasn't much time to change anything else before the qualifying the next day so we just had to deal with it. Next morning bright an early for a 9.00am qualifying session it was a little damp and cold. To our surprise the car ran much better loving the cold thick air. Our lap times were 4s a lap faster than practice and we even managed to beat a Ferrari's and some Porsche's, qualifying 18 out of 22.

I had been doing some sneaky training on the iRacing simulator at home and it was uncanny how close the real track and car was to the real thing. Here's a video comparison of me qualifying vs the simulator:

Luckily there was a long wait between qualifying and the race so I had time to change the fuel pump which PTR had kindly taken out of one of their own cars for me to test.

Then it was race time, a grid start,  a dry track, and fingers crossed for the new fuel pump. The lights went red then we were off, I got a stellar start and instantly she reved right up to full revs - we were off, but then I saw a cloud of dust ahead and cars flying all over the place -  there we a huge crash and the race was red flagged:

Here's the view from a car a couple of places ahead of me:

The race was restarted and we were doing well, then it was time for the pit stop, unfortunately we totally messed it up struggling to get the steering wheel back on and the belts done up. I set off but one of my belts wasn't fastened correctly so I slowed right down to fix it, loosing about 60 seconds in total and a couple of places to boot. 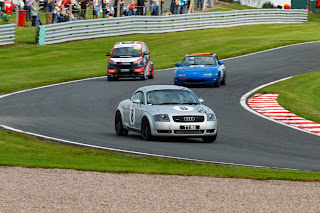 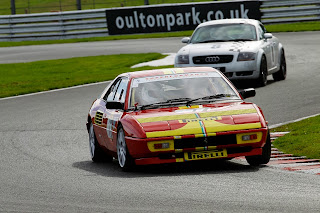 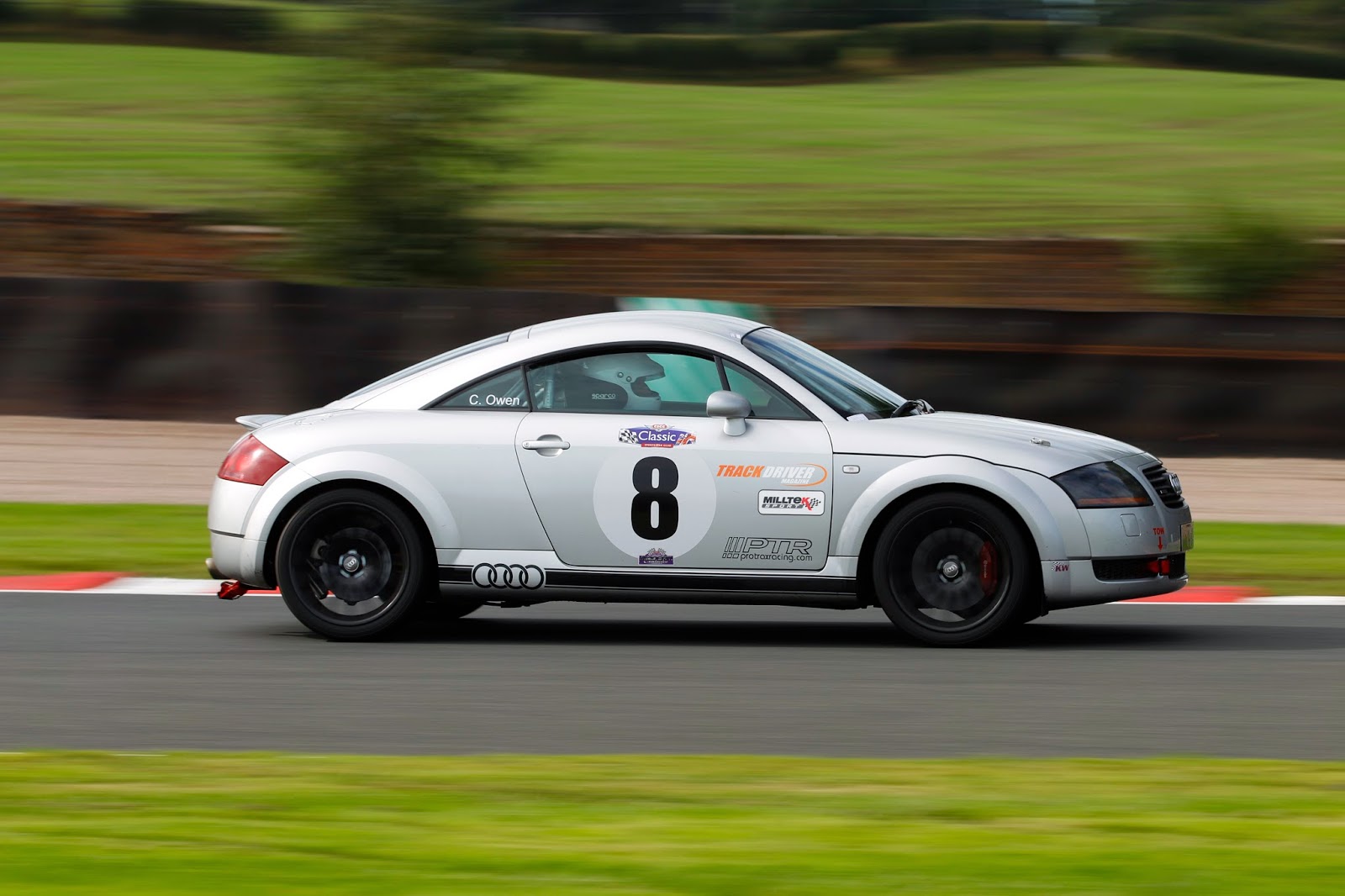 Then before you know it the chequered flag was out and it was all over, cut short due to the start incident. We finished a respectable 13th overall in the end.