The TT was still ruining on the stock ECU map, stock exhaust and turbo. So we decided to visit Shark Performance in Mansfiled to check what power we were getting and hopefully, tune it to get a little more. The 1.8T engine is very tunable and the stock HP is 225, with a new map it should be possiable to hit 250BHP!

First of all we wanted to do a dyno test to get a base reference, and here the fun started! 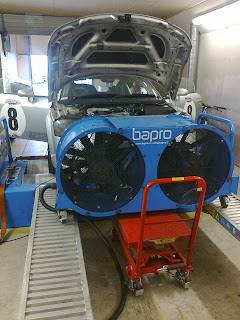 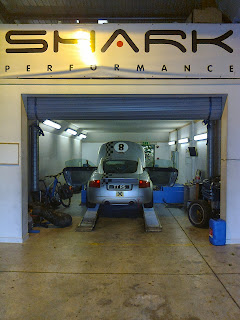 Ben from Shark ran the TT up on the Dyno and it was running like a bag of nails? the beuty is though that since the car is static you can check all of the dyagnistics and narrow down the issues very fast.

Turns out that the alternator had gone and was kicking out 17.5V, this was messing up the fuel injectors and coil packs, causing it to cough and splutter. We disconnected the alternator, and it calmed down but was now only running on the battery so we didn't have long. Next we had another issue with the N75 turbo control valve which we had only replaced at Donington, seems the 17.5V had spiked this and it was no longer working.

A quick trip to PTR for a replacement and the turbo was working again! Now to do a proper sweep test on the Dyno, this time it was showing a drop of around 40 hp mid revs, then it would pick up again? Looking at the data it appeared that we had a fuel delivery issue, as Ben put it, maybe the fuel pressure regulator or the fuel pump.
We decided to put the new ECU map on anyway and see if it made a difference, and it did suddenly a lot more power but at above 5500 rpm it would drop off rapidly? Seemed the map had helped the mid rev drop but now we were seeing the fuel issue higher up. 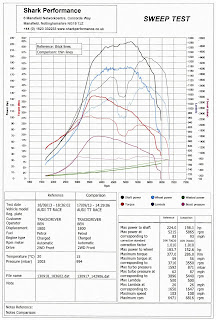 We had to call it a day as it was getting late and Ben had stayed behind to get us this far - Thank you..